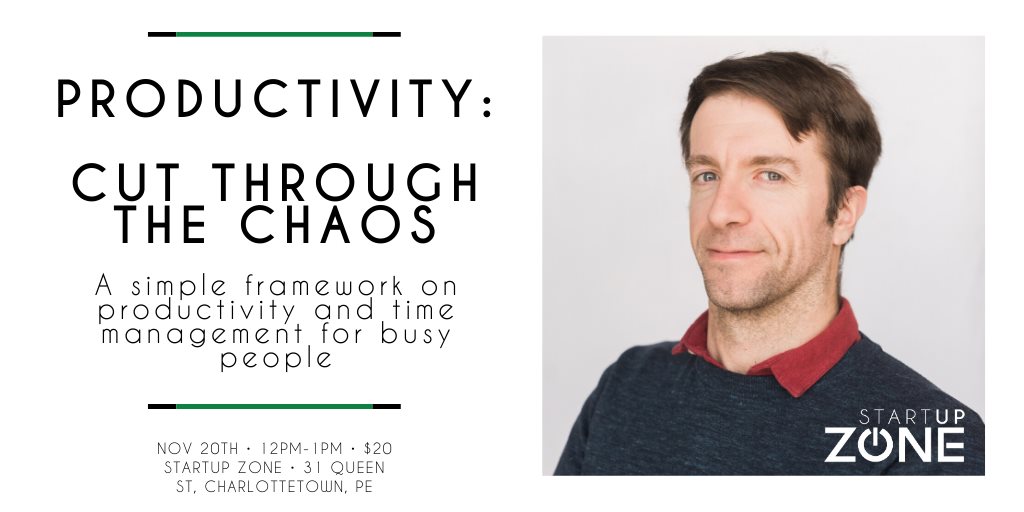 Mathieu Arsenault’s Productivity Workshop is a Lunch & Learn providing a simple framework on productivity and time management for busy people. He will talk about the problems that stand in the way of productivity, and the tools you can use to “cut through the chaos” and manage your time more effectively.

Mathieu Arsenault is an island Acadian who is passionate about entrepreneurship, community and big picture issues. He is the president of consulting company Think Forward Solutions, and his areas of expertise include performance excellence, strategic planning and UX design.

Mathieu learned the hard way how to be productive. He almost went bankrupt in 2015 when his ambitious renewable energy investment business failed to meet its mark. With his back against the wall, he dug deep, and sought new and better ways of building and executing a business.

The first thing he did was to get an experienced business mentor, who helped him with prioritization and target setting. The other big thing Mathieu did was sign up for a conference on how to increase performance in business (PerformanceCon in Las Vegas).

Since then, Mathieu has continuously studied the essence of productivity and the optimal ways to achieve results. This workshop is a snapshot of those learnings borne from the depths of despair and from the casinos of Vegas.