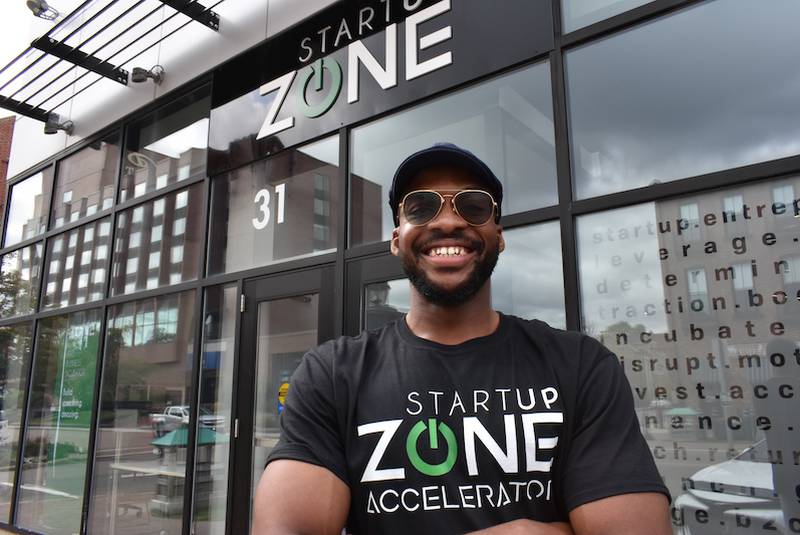 When Daniel Ohaegbu came to P.E.I. from Nigeria in 2014 to attend UPEI, he wanted to get two things: his psychology degree and his permanent residency.

The following year, he started Overtime Entertainment with some friends in an effort to increase diversity in Charlottetown through inclusive, cultural events and has been serving the Island BIPOC (Black, Indigenous, People of Colour) community ever since with projects like MICC Financial, a peer-to-peer lending app, and the Atlantic Student Development Alliance, which helps newcomers navigate the job market.

On Tuesday night, Ohaegbu was recognized with the Community Organizer award at the 2020 Faces of Fusion Awards held in Charlottetown.

Ohaegbu is thankful but was initially hesitant about his nomination because he worried it would distract him from his work, he said.

“Obviously, getting an award, the recognition is very validating. It gives you that credibility within the community, but for me, it’s just focusing on the service and the only way I can show people I care is to serve.”

The Faces of Fusion Awards, held annually for the last five years, celebrate young Islanders, aged 18 to 40, who have innovated and improved the communities around them.

This year saw a few changes — some coronavirus-related and some not — including live streaming the event due to a reduction in the number of people who could attend.

While some worried hurricane Teddy might cause trouble, the night went off wonderfully, said Emma MacKenzie, Fusion Charlottetown board member and head of the events committee.

“It was definitely a success, and we were super happy with it. I know we’ve gotten quite a few messages from attendees who really enjoyed it.”

The best part of the night was the nominees, she said.

“All of the nominees were quite inspiring this year, and certainly the winners, their speeches were amazing and there’s definitely a lot of young and up-and-coming talent in Charlottetown.”

Ohaegbu dedicated his award to the Black Cultural Society, which he is also involved with, and used his speech to recognize his fellow nominees, Tamara Steele and Bianca Garcia.

At least two winners, Tom Lund and Daniel Stewart, who co-own the the Burly Farmer, didn’t expect to be nominated for this year’s Sustainability Award and still don’t know who nominated them, said Stewart.

“It surprised us, it really did.”

The win surprised them even more, said Lund.

“We were up against Bike (Friendly) Charlottetown. As soon as I seen that was the other nomination I was like, ‘well, we’ll go and have a couple drinks and go home.’ Honestly, it was pretty humbling for them to call our name.”

For the last three years, the pair has been farming a tiny plot next to Stewart’s home and another at the Mount Continuing Care Facility. They focus on high-yield, urban farming and do all but the first tilling of the season by hand.

Their hope is to eventually offer their services as consultants for those who want to do similar farming on their own property.

One thing all the nominees and winners had in common was a desire to contribute to the communities they’re a part of, none more so than Ohaegbu, who sees his efforts as a way to repay the Island for what it’s given him.

“I owe P.E.I. a lot and that’s, I think, my own way of saying thank you to P.E.I. and the people of Charlottetown is by serving, so that’s what I always put first for me.”