Take Our Kids to Work Day at the Startup Zone 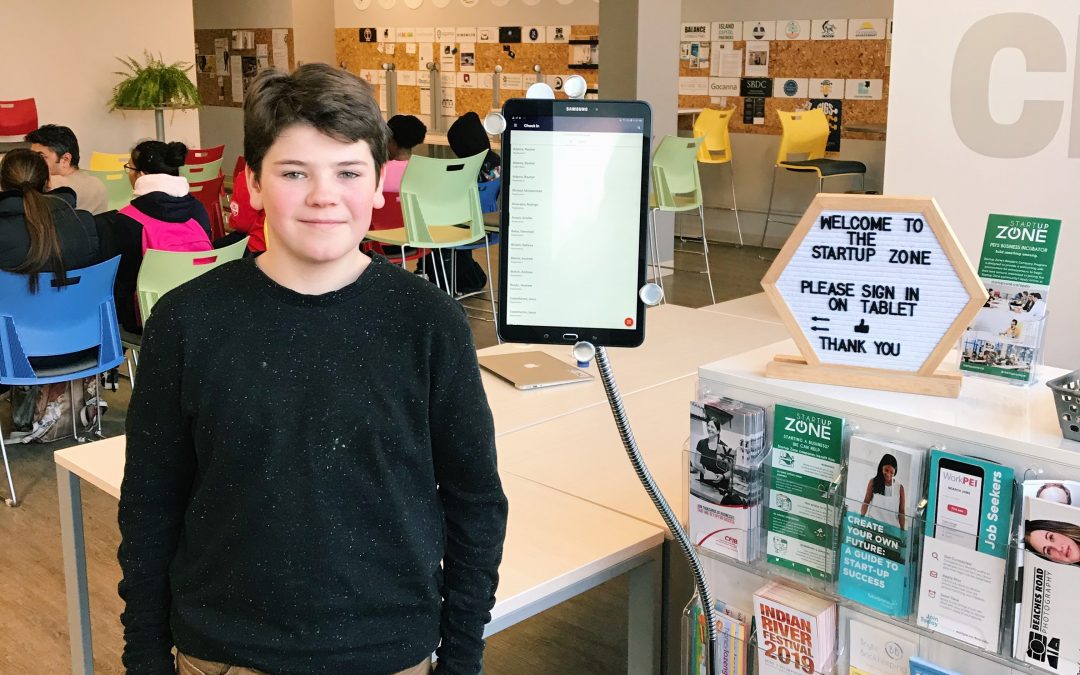 Yesterday, the Startup Zone was joined by a very special guest – Kaelan Wood from Kinkora Regional High School! Kaelan is 13 years old and a grade 9 student, and joined his sister Rachel for “Take Our Kids to Work Day”.

Kaelan started off his day with a tour of the Startup Zone, meeting lots of entrepreneurs along the way. The goal for the day was for Kaelan to learn as much as possible about the different careers that exist within our business incubator by doing an “Instagram takeover” – capturing everything that happened at the Startup Zone throughout the day and learning about it along the way.

Kaelan kept a journal throughout his day of everything he learned about the Startup Zone: 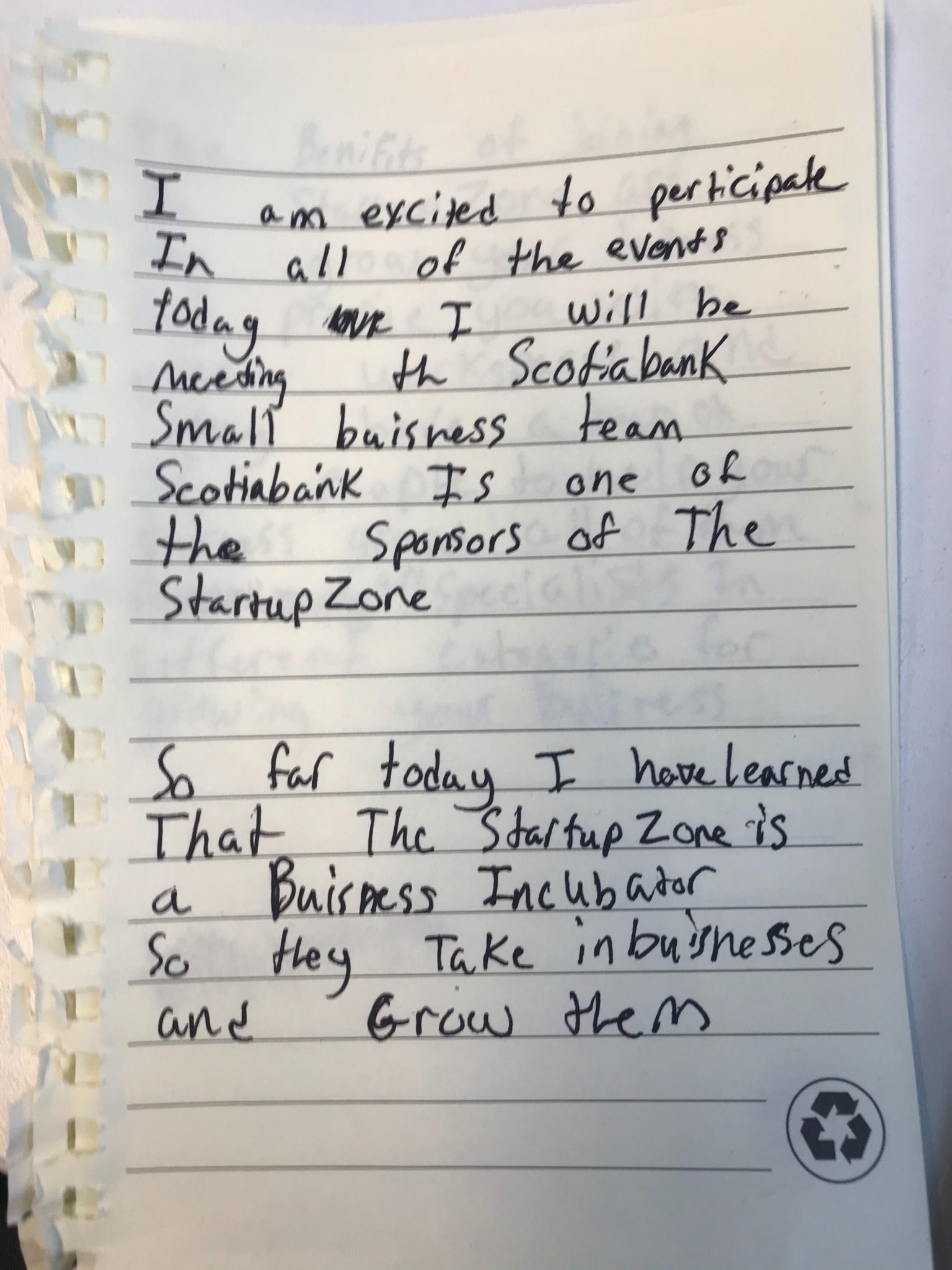 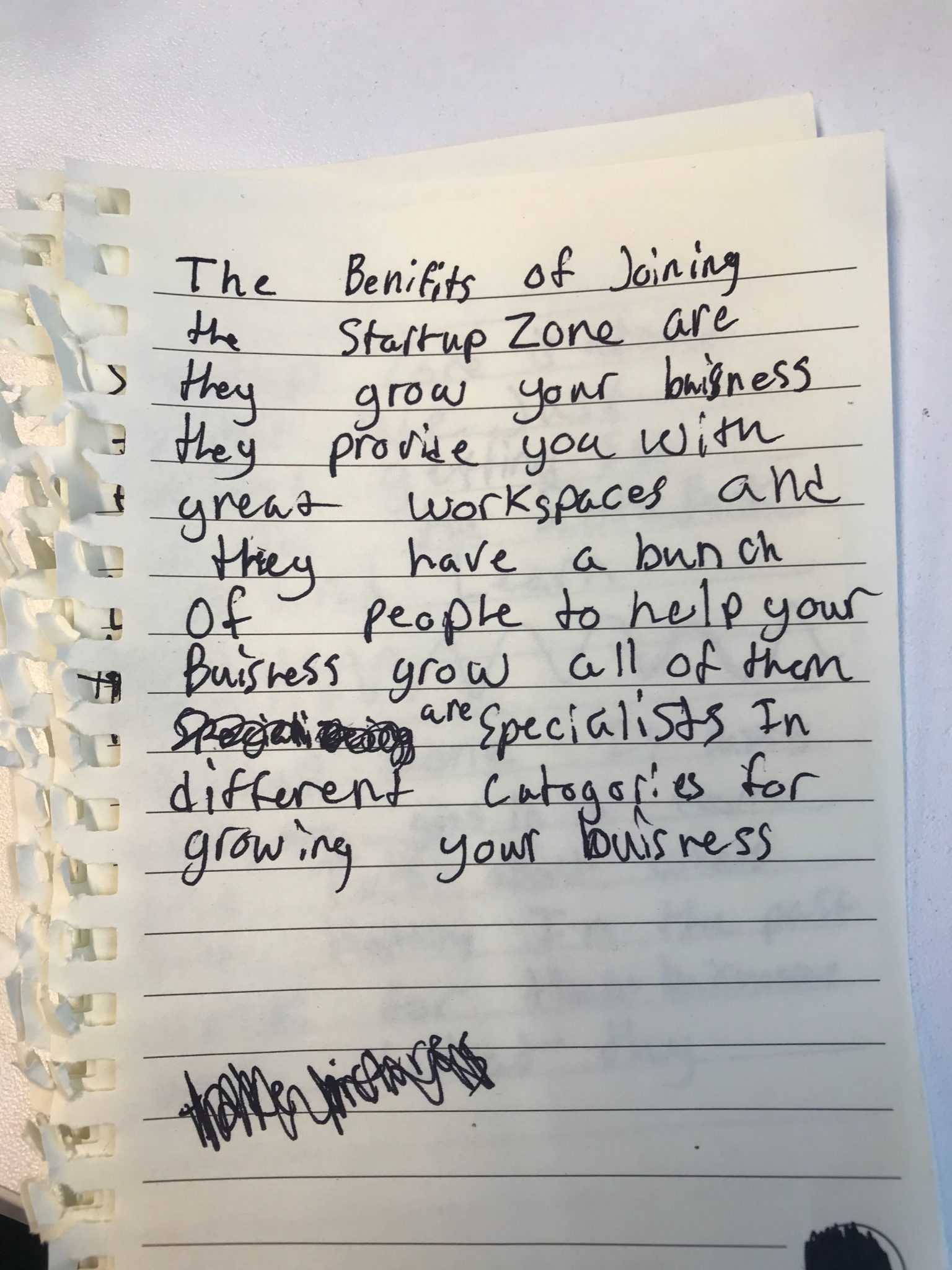 The first person Kaelan shadowed was his sister, Rachel. As the Marketing & Events Coordinator, her responsibilities include everything from planning, to promoting events. She taught Kaelan about how social media management works by letting him help her plan some social media posts, and taught him how event management works by getting him to help her set up for an event, and then run registration for it. With previous experience in customer service as a cashier, Kaelan was a natural at interacting with guests and keeping the registration area organized.

Kaelan finished off his day by meeting with Javon Mayhew, who he got to spend his afternoon with. Javon is the founder of Ureaqa, and has a background in engineering. Kaelan wants to be an engineer one day, and getting to spend his afternoon with one made him even more interested in this field. Javon taught Kaelan all about 3D printing, which he said was definitely the highlight of his day! He showed Kaelan how to use the 3D printer, and even let him print his own project. An hour and a half later, Kaelan had his own 3D-printed air spinner to bring home with him: 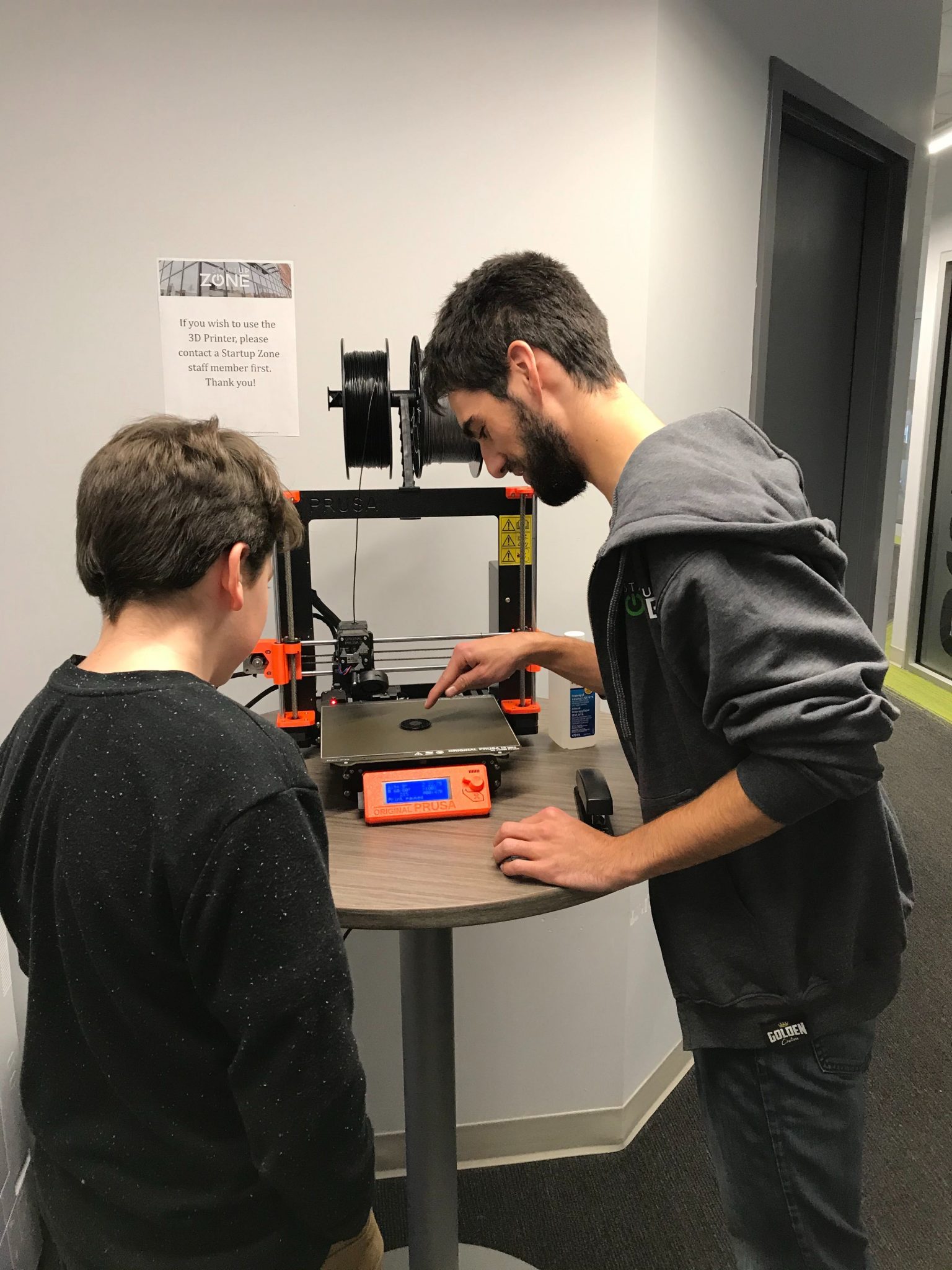 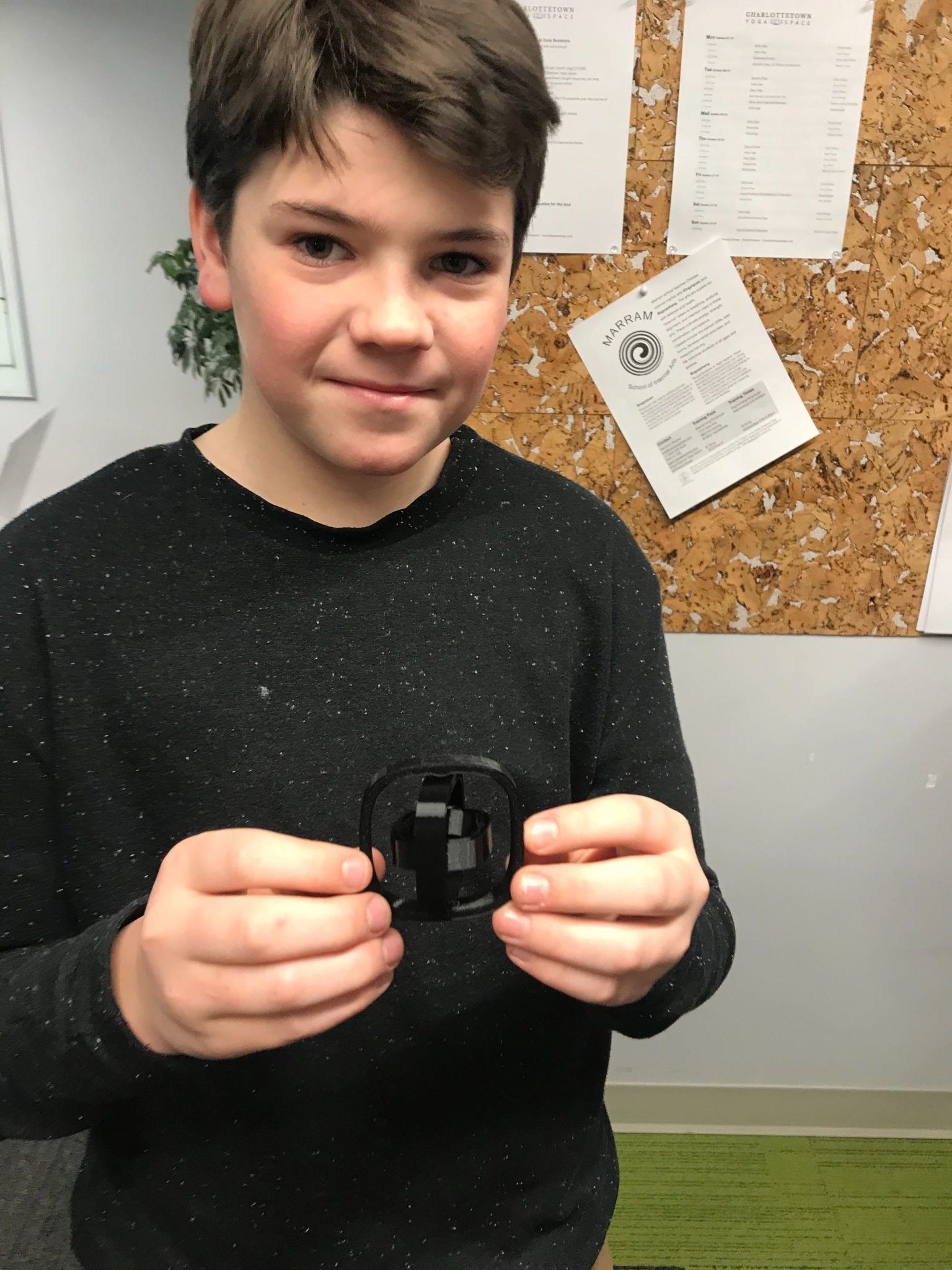 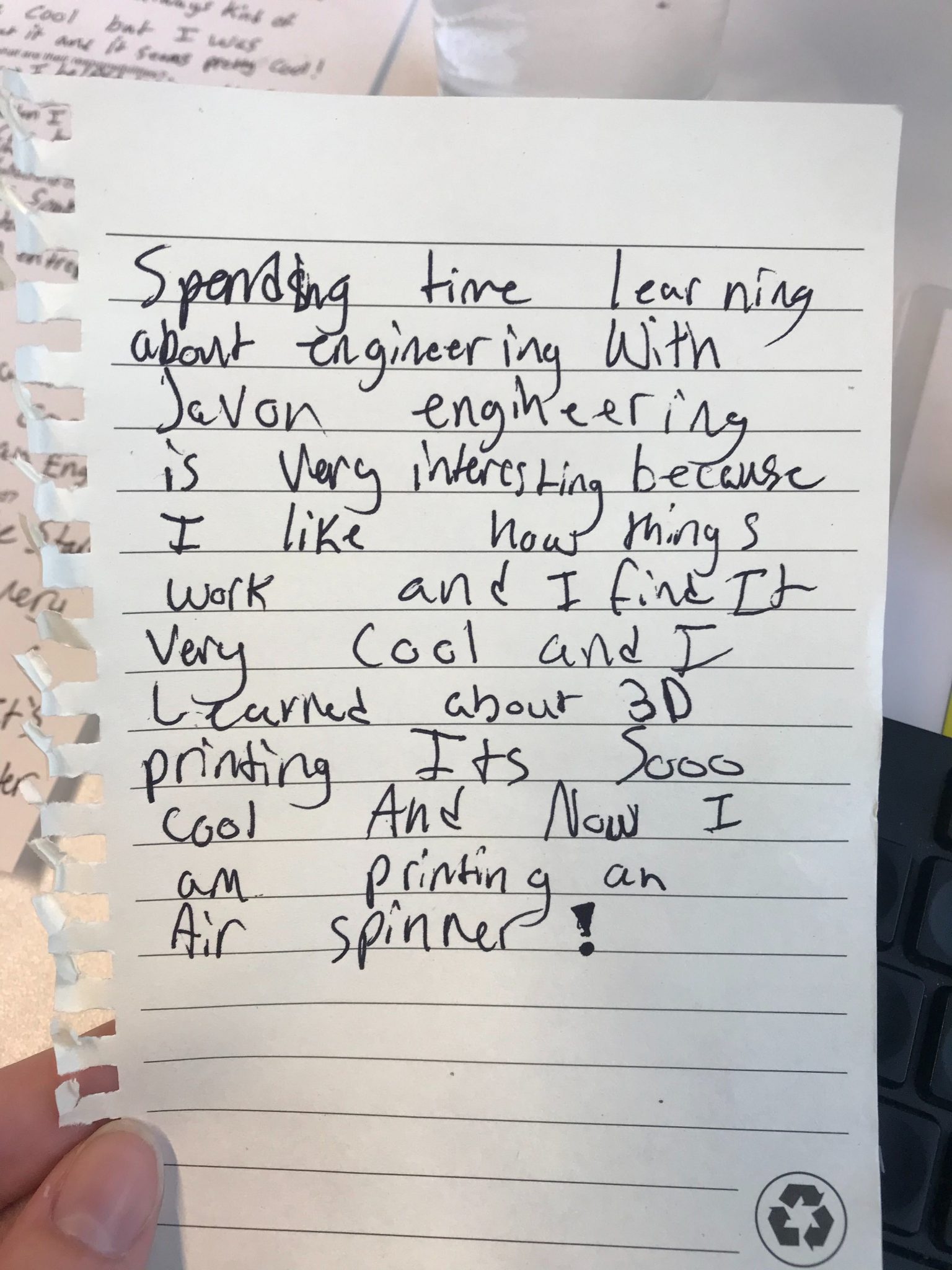 Kaelan finished off his day by answering some reflective questions and finishing up his notes in his journal for the day: 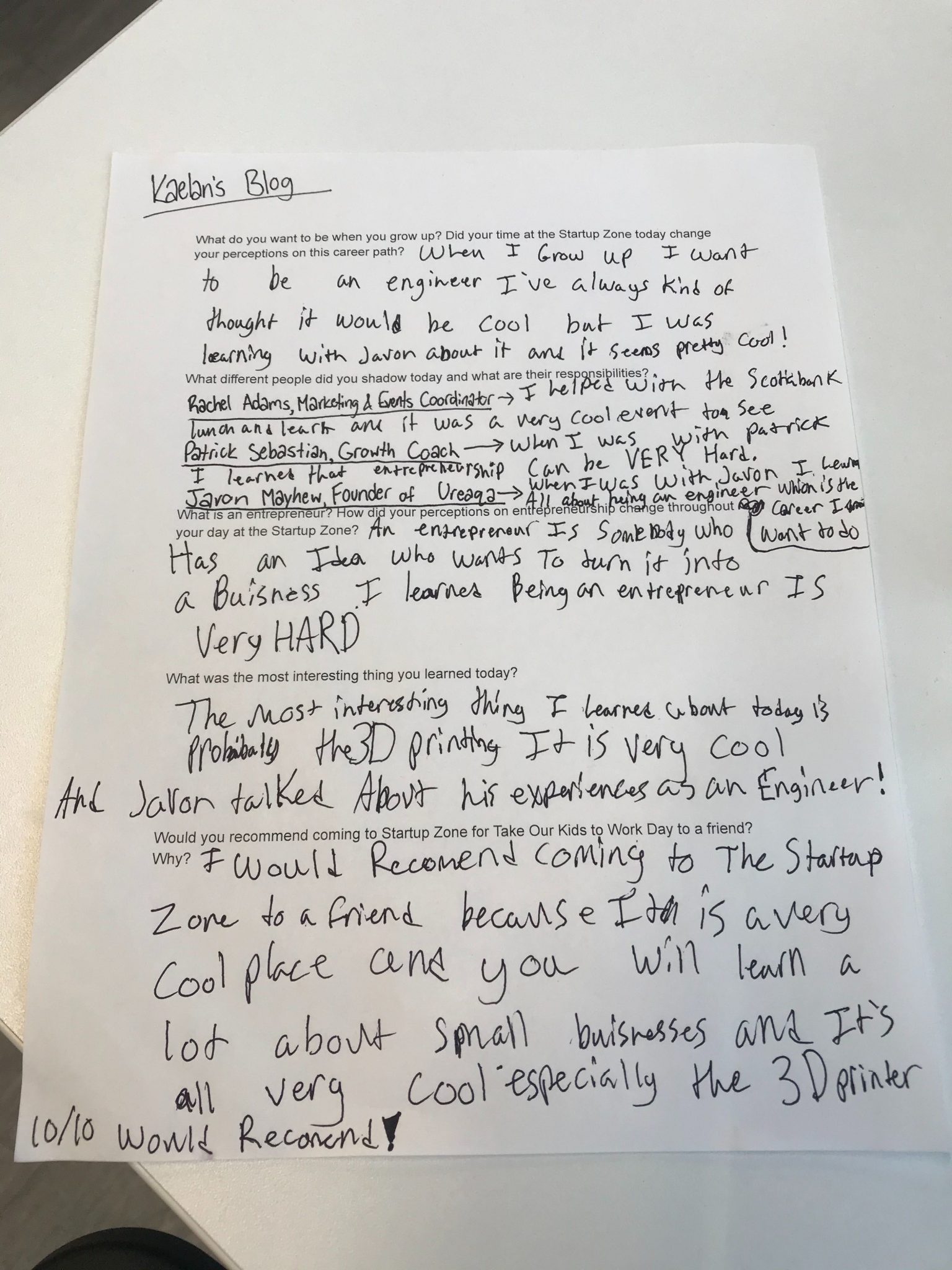 Getting youth involved in the workplace at a young age is important, but getting kids involved in entrepreneurship can be rare. We were very lucky to have this experience with Kaelan to open him up to the many opportunities that exist for entrepreneurs with the help of business incubators like the Startup Zone.

With more experiences like Kaelan’s, we hope that more kids consider becoming an entrepreneur when they grow up! As Kaelan would say, we “10/10 would recommend!”