Our goal is to accelerate new startups by connecting them with the space, resources, and supports they need to grow. You bring the idea and the ambition – we connect you with the necessities to get your business going. 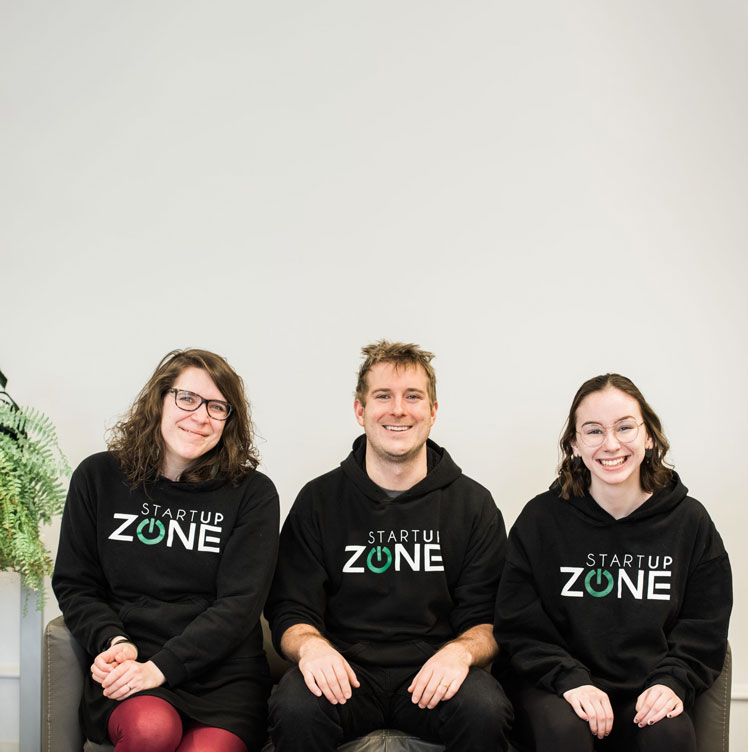 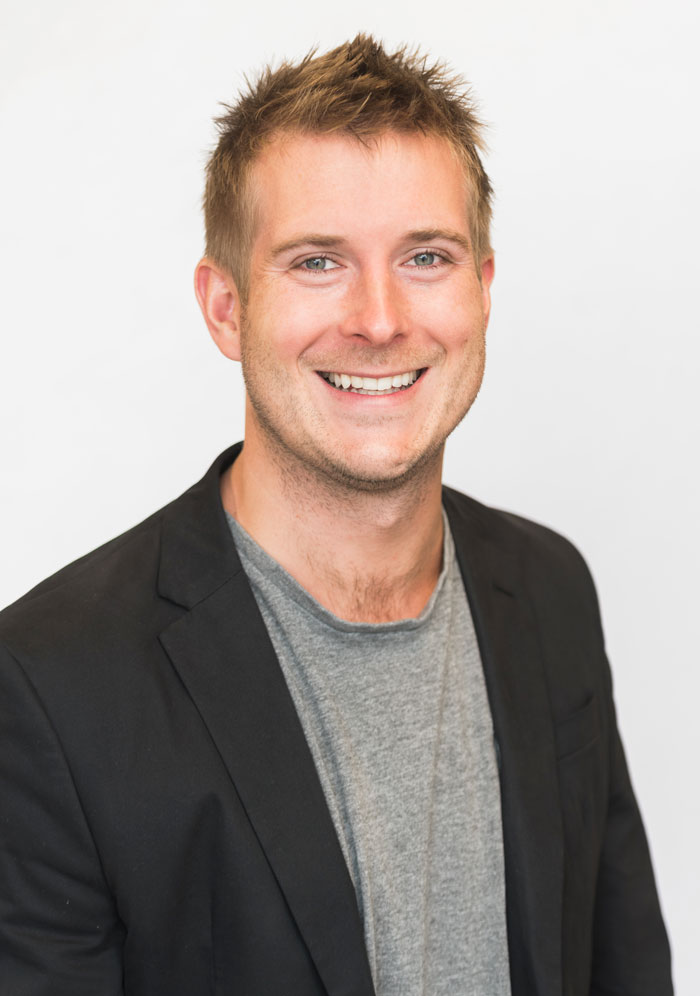 As a startup advisor and mentor for several businesses, Patrick has helped launch and foster several social startups, leading efforts in raising millions in financing.

His experience and love for start-ups pull him towards other ventures that bring added value to the Canadian economy through business creation and employment.

Drawing on startup experiences, he’s inspired to enhance the support and training of ambitious entrepreneurs. This has led him to the Startup Zone, a business incubator that helps entrepreneurs start and grow their businesses. 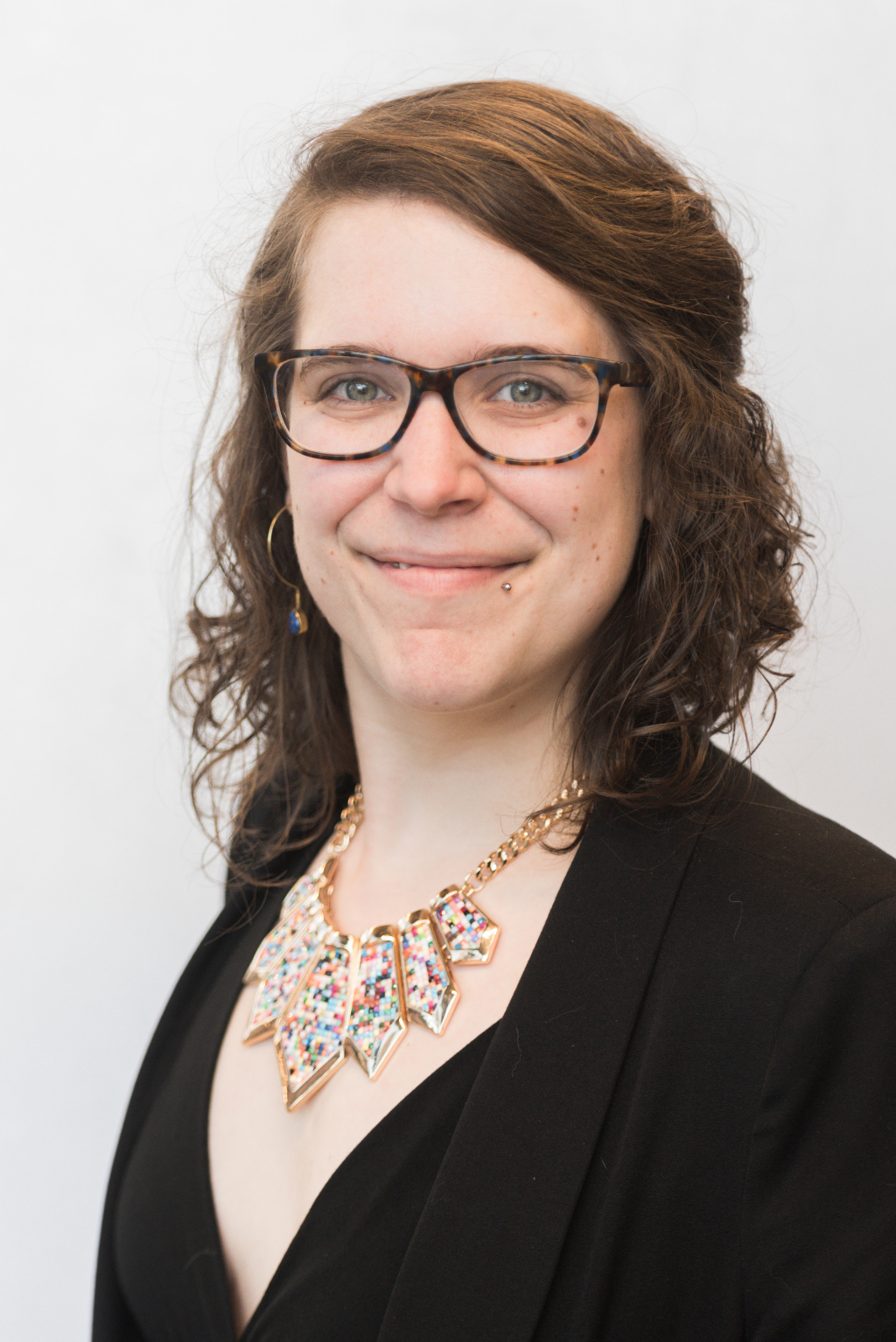 Erin graduated from Memorial University of Newfoundland 2011 and promptly started working for a small local business where she learned about the trials and tribulations a small company faces.

She found her passion for business and operations during this time and then moved on to become the General Manager of a GoodLife Fitness club in St. John’s, NL. When she moved to PEI in the summer of 2018, she decided she wanted to get back into the small business and entrepreneurship head space.
Erin is excited to contribute to the growing community of the Startup Zone, and welcomes the new adventure. 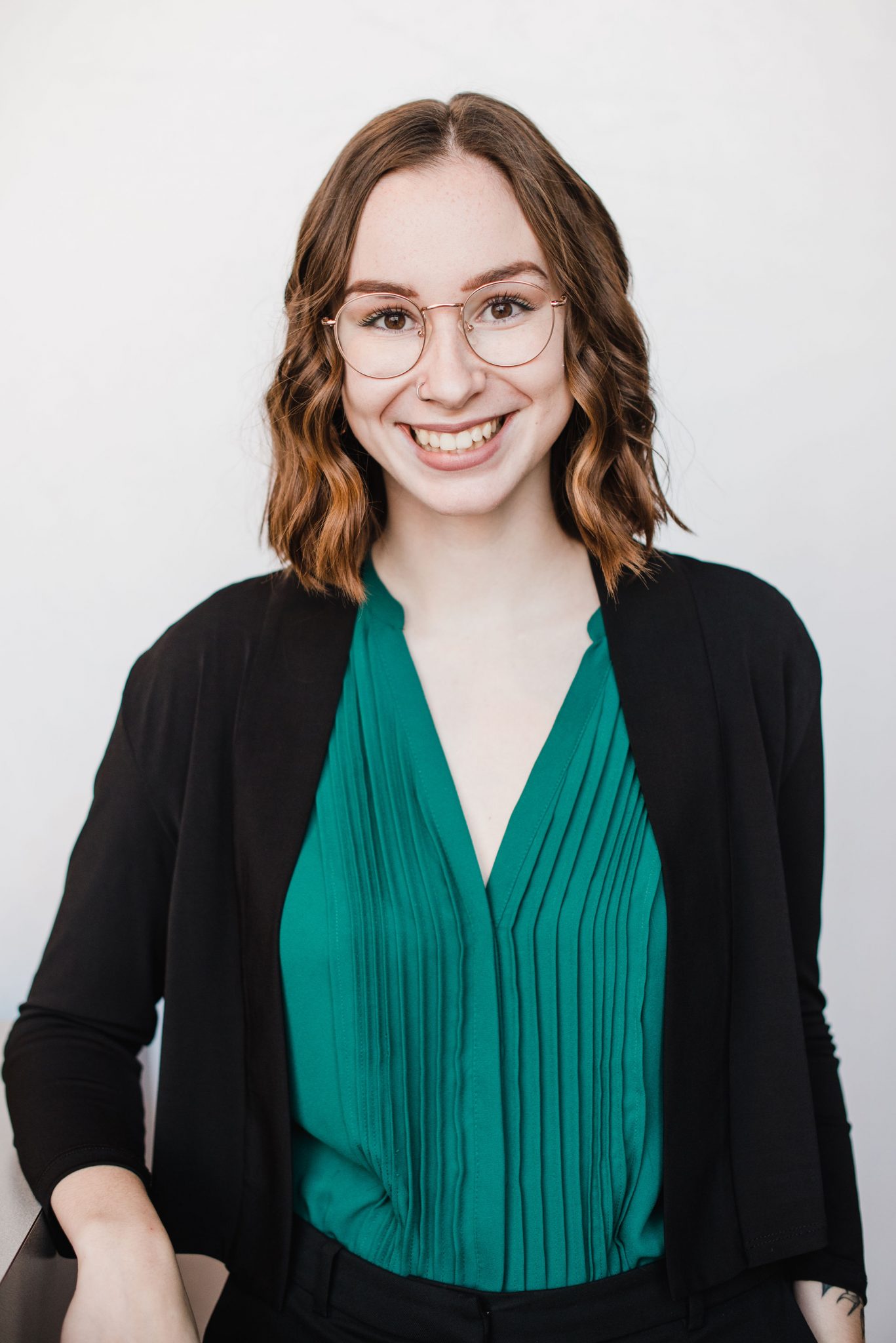 Rachel discovered her passion for event coordination and promotion through her previous role as a General Manager of multiple small businesses on the Island.

With strong organizational and leadership skills, Rachel has also brought her expertise to positions on numerous national nonprofits including TEDx, Jack.org, and Indigo Girls Group. She has an extensive background in working on large-scale events, with previous roles including Volunteer & Delegates Manager for the third-largest TEDx conference in the country, and Logistics Coordinator for the Eastern Ontario Jack.org Summit. As a passionate mental health advocate, Rachel was selected in 2019 as one of 200 Canadian youth to attend the National Jack.org Summit in Toronto. She is also currently furthering her education by pursuing a Bachelor of Business Administration with a focus in Marketing. 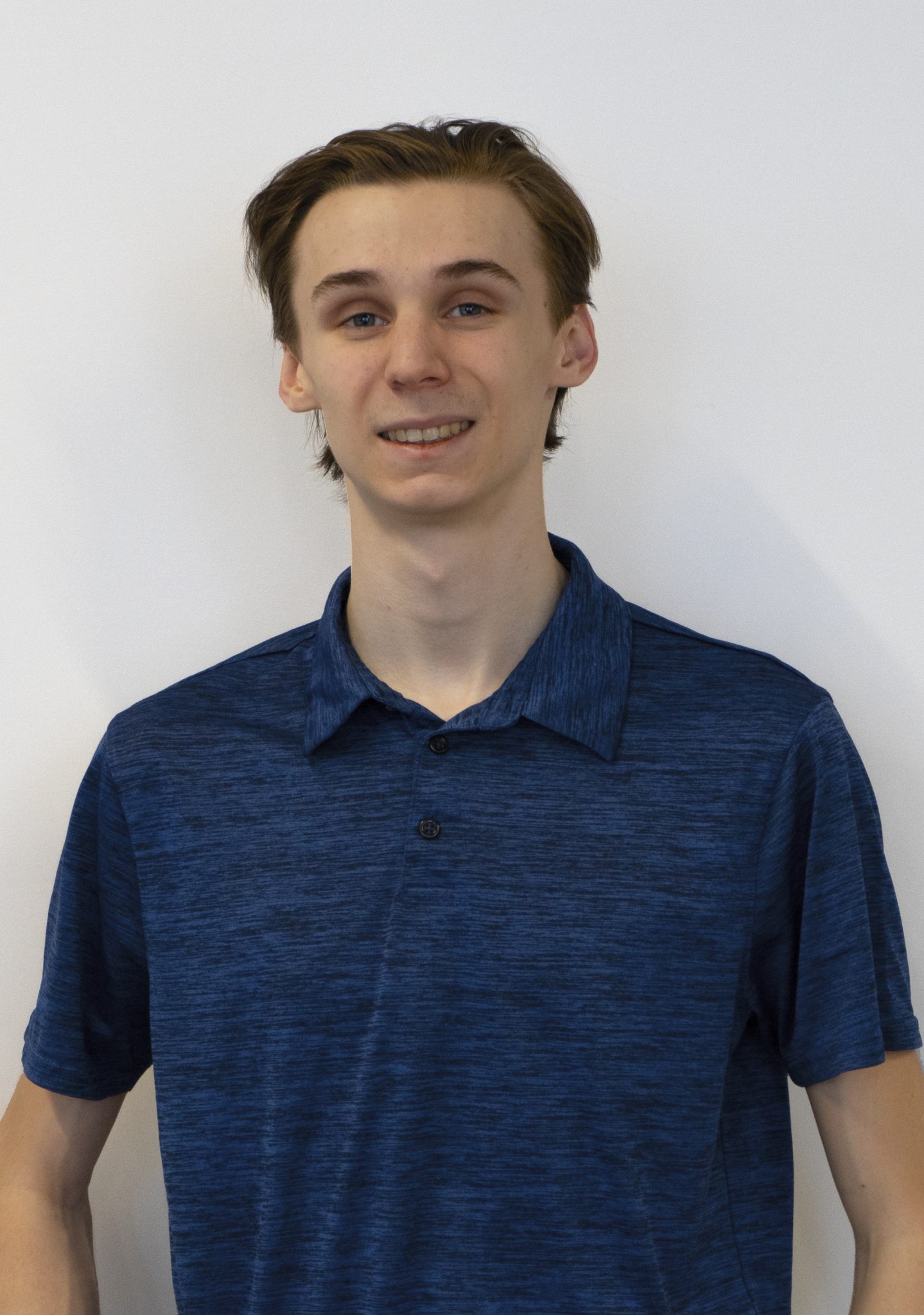 In 2019 he graduated high school a semester early to travel across Southeast Asia where he was exposed to the importance of small businesses across all cultures. Also during this time, he discovered his passion for videography and media which he improves and builds upon at every opportunity.

With this in mind, Reddin is excited to work with and learn from Startup Zone’s vast ecosystem of entrepreneurs throughout the course of his internship.

The Startup Zone Board of directors

The Startup Zone Board of directors 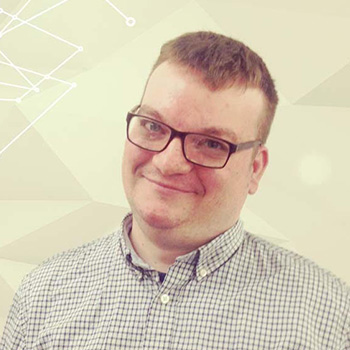 Ron graduated from UPEI in 2003 with a BSc. Three years later in 2006 he co-founded Thinking BIG which builds enterprise level applications for both local PEI businesses and diverse clients with unique needs from all over the world. Today Ron leads a team of developers that helps their clients solve complex business and technical problems by providing effective software and technology solutions. Ron is the current president of the IT Association of PEI, committee member of the STATS Charity Tournament, a member of the PEI Developers Group, a member of the Innovation PEI Board of Directors, and coaches junior soccer. Ron lives in Charlottetown with his wife, Stacey. 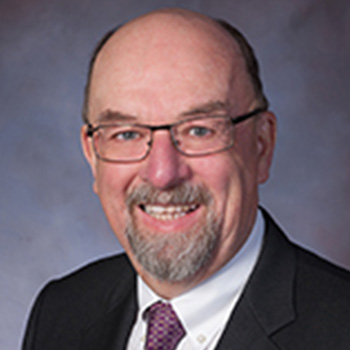 Alex MacBeath received his B.Sc. from UPEI and his MBA from Dalhousie University. A member of the Canadian, Ontario, and Prince Edward Island Institutes of Chartered Accountants, he received his CA designation in 1979 and was awarded his FCA in 2003. He is a member of the Institute of Corporate Directors and holds his ICD.D designation through the University of Toronto’s Rotman School of Management. He has completed executive education programs at Harvard Business School, Oxford University, and Northwestern University’s Kellogg School of Management.

Alex is the Vice Chair of Health PEI and sits on the Island Advance Advisory Boards of Island Advance and the UPEI School of Mathematics and Computational Sciences. 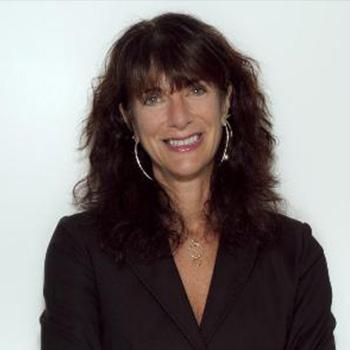 Valerie Fox cofounded the DMZ at Ryerson University. She was responsible for its opening and development for the last 6 years. The DMZ has grown to become North America’s number 1 university business incubator and number 3 in the world (UBI Global 2015).

She has now started a new venture called The Pivotal Point, which helps build successful incubation models with corporations, academic institutions and regions, and brings communities of diverse skills together to collaborate, design, and deliver impactful innovation.

Val has over 30 years in the creative digital industry and has been recognized for multiple awards, including the Canada Innovation Leaders team, the Sara Kirke Award for Entrepreneurship and Innovation, and a number of notable patents. 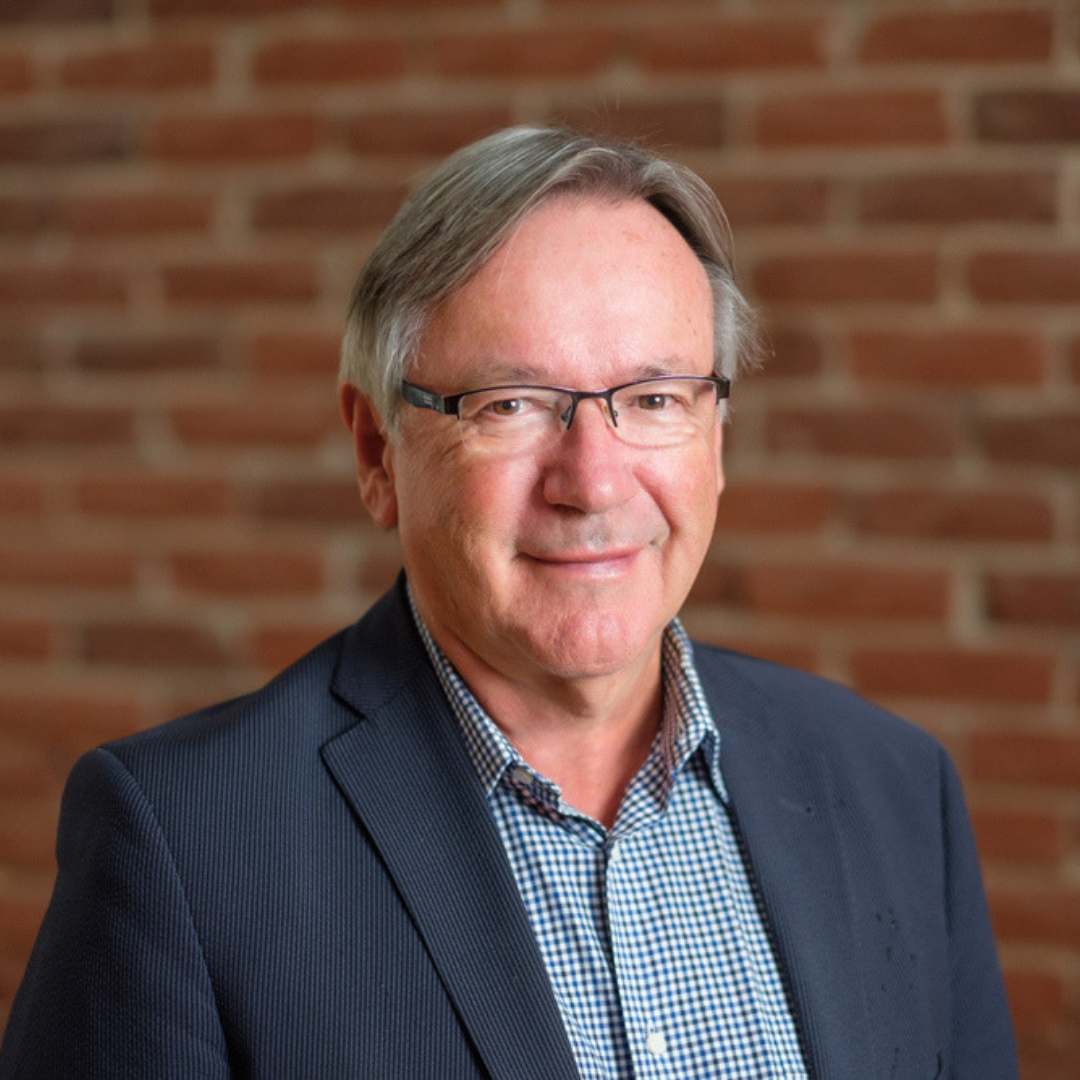 Barry was a Professor in the Faculty of Engineering at the University of New Brunswick from 1983-2004. He was awarded the Dr. Alan P. Stuart Award for Excellence in Teaching at UNB in 2001 and a Distinguished Service Award from UNB in 2005. Before joining UNB, He spent several years with Transport Canada. He was the first Director of the SHAD program at the University of New Brunswick in 1985 and 1986 and served again as Director from 1998-2004. He joined the Board of Directors of Shad Valley International in 2000 and was appointed President in 2005. He retired as President in 2016, and was announced as the CEO of Propel ICT in 2017.

Barry holds BSc (1971) and MSc (1974) degrees in Civil Engineering from the University of New Brunswick and an MBA (1981) from Harvard University. 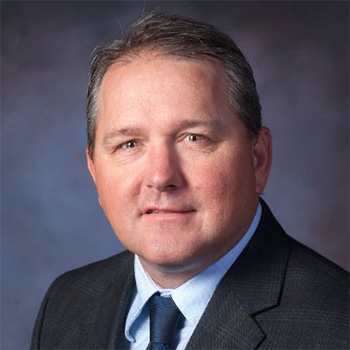 As the Director of Business Development & Integration for Innovation PEI, the lead economic development for the government of PEI, Shane and his team of Business Development Officers is responsible for the coordination and delivery of information and assistance to new and existing local businesses in Prince Edward Island. The group provides counseling, financial assistance, business guidance; entrepreneur education and professional development to assist businesses with start up, expansion and diversification.

Shane MacDougall is a life-long resident of PEI working his way through a number of Community Economic Development organizations before joining Innovation PEI as the Director of Business Development in 2013. He has spent over 20 years working in the trenches with small business, and various government and industry stakeholders, to develop capacity in the rural regions of PEI. 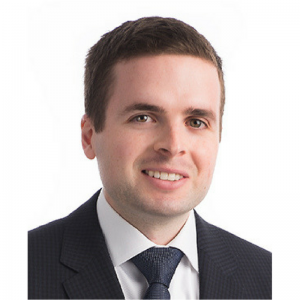 Ben is a lawyer in the Cox & Palmer office in Charlottetown and the COO for Cox & Palmers offices in PEI. He graduated from the University of Prince Edward Island (BA) in 2009 with first class standing and continued to Law School at the University of Western Ontario. After articling and practicing as an associate at a top Toronto corporate law firm, Ben joined Cox & Palmer. 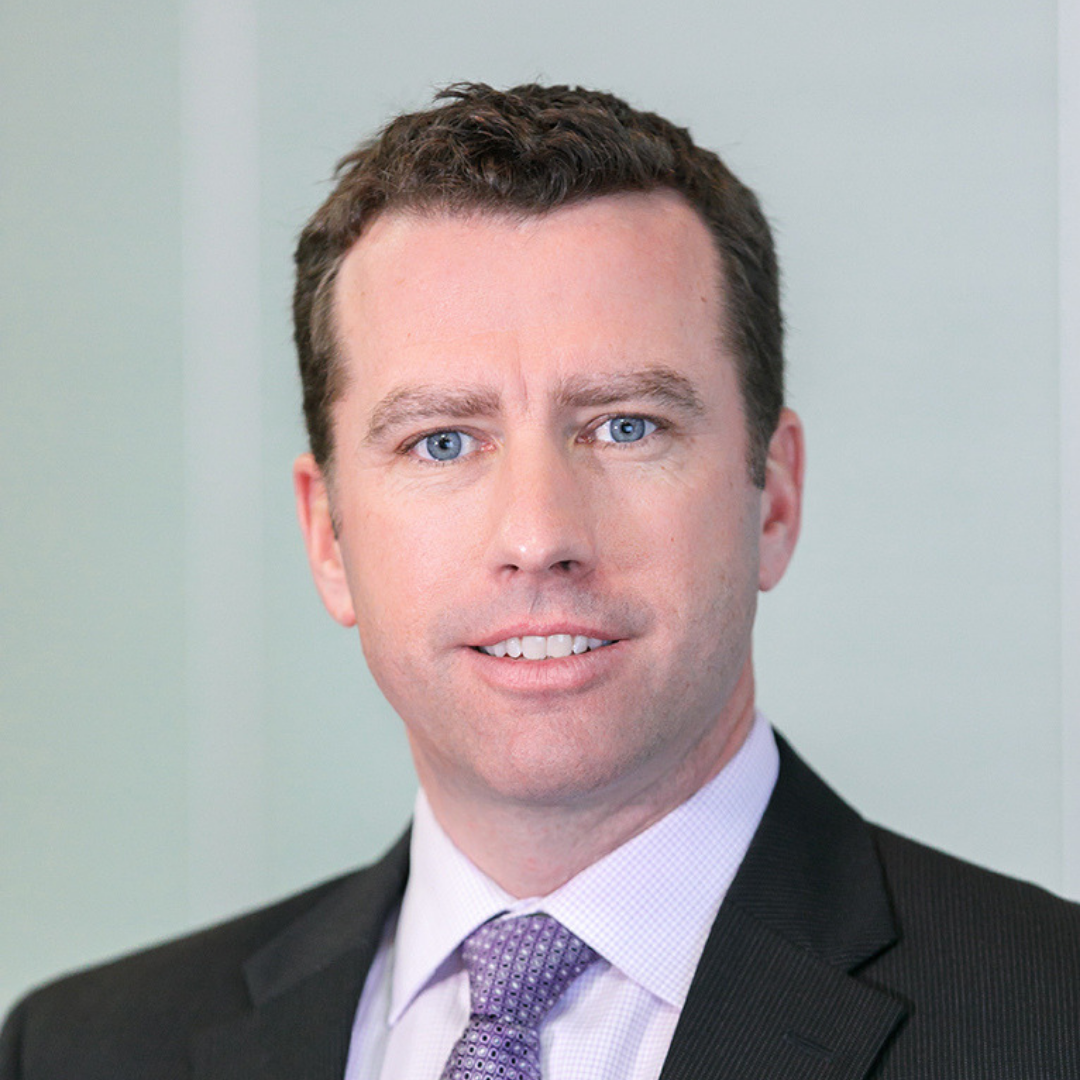 Tyson is a Canadian Chartered Accountant who began his career with Grant Thornton LLP. After five years with Grant Thornton LLP, he spent the next seven years with PriceWaterhouseCoopers in the Cayman Islands. He also worked as a Chief Financial Officer for equipment manufacturing companies which provided design, manufacturing and install services.

Prior to his position as Chief Executive Officer at Innovation PEI, he served as Director of Finance at PEI BioAlliance for five years. During this time, Tyson was dedicated to increasing the economic impact of the bioscience sector in Prince Edward Island. He helped deliver Emergence – Canada’s virtual Bioscience Business Incubator. Tyson was a founding board member of Natural Products Canada, North America’s first business accelerator dedicated to the commercialization of products and technologies based on natural product chemistry.

In his private sector roles, he has been responsible for overall financial management and accounting, accurate budgeting, cash flow management, annual audits, preparing claims for funding and meeting tight deadlines. As a key member of the senior management teams, he has provided leadership within his department and the companies as a whole.

His experience in public accounting has provided him with extensive experience in business plan development, providing financial advice to a wide range of clients, experience working in a global and regulatory environment and key financial reporting requirements. Tyson is now proudly and effectively leading the staff at Innovation PEI towards a prosperous economic future. 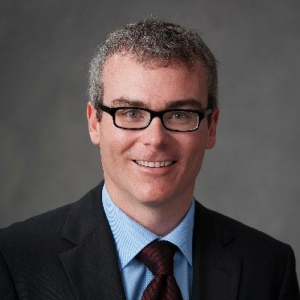 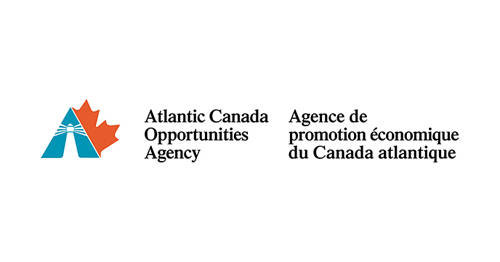 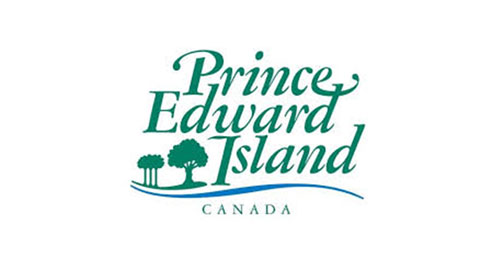 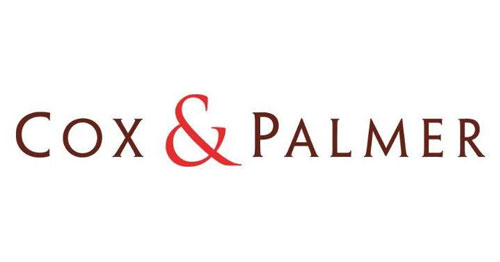 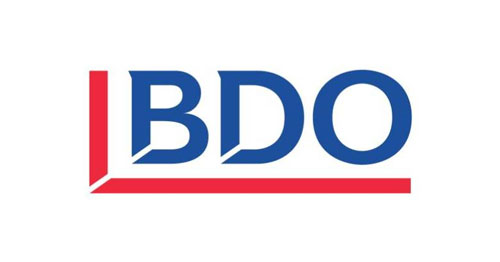 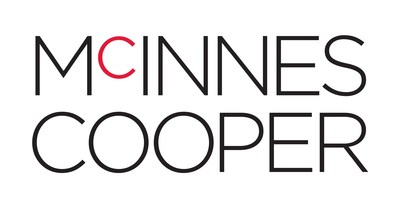 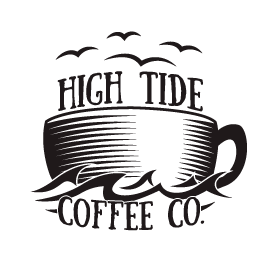 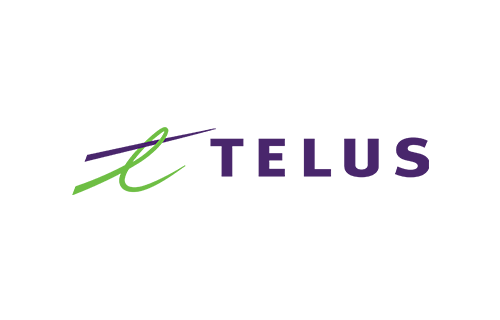 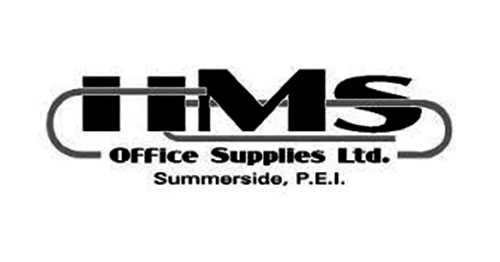 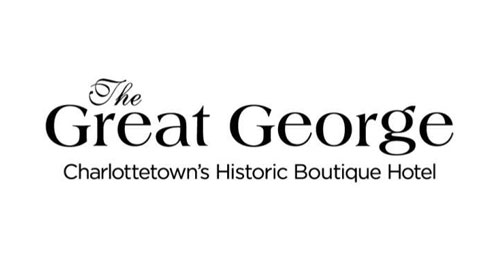 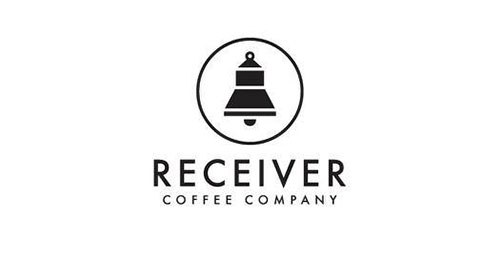 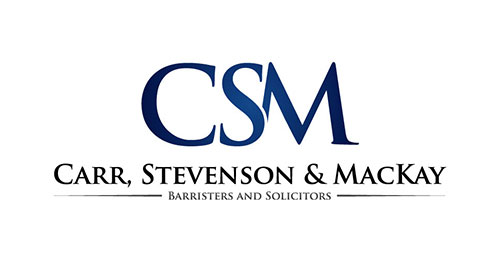 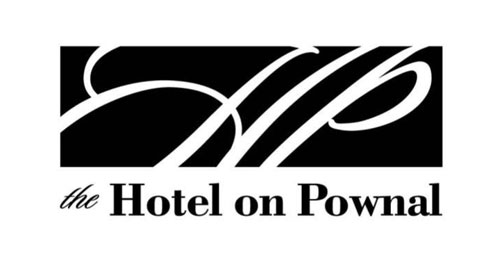 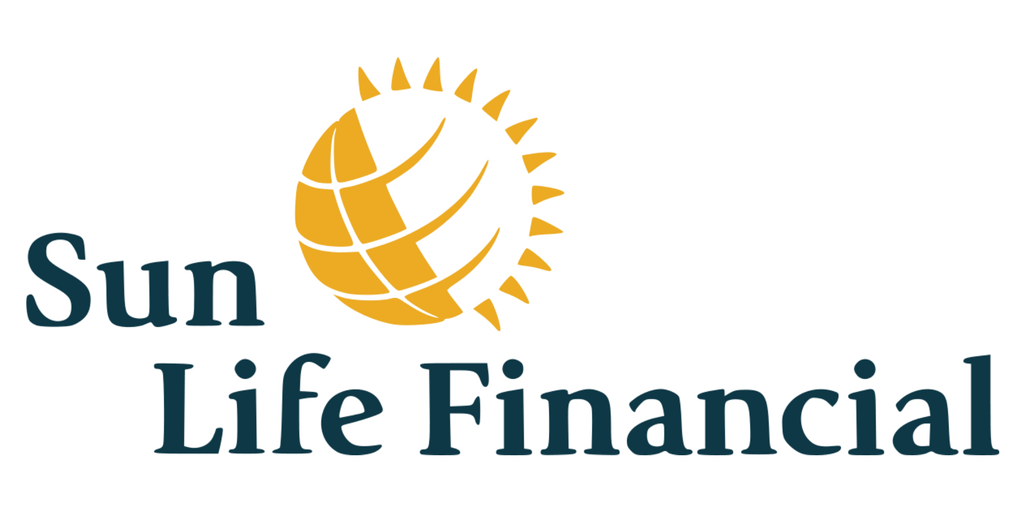 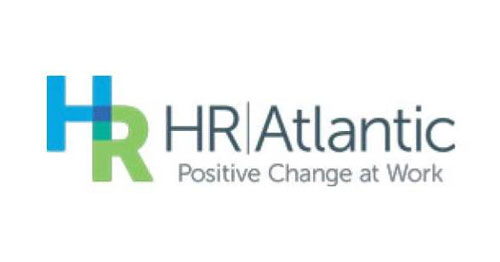 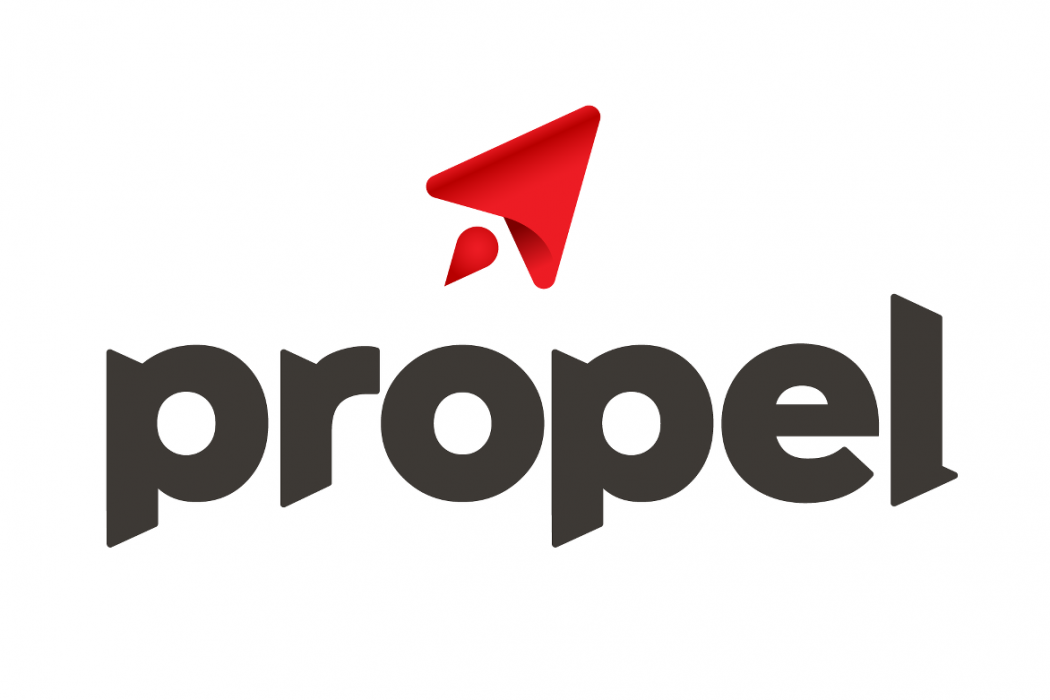 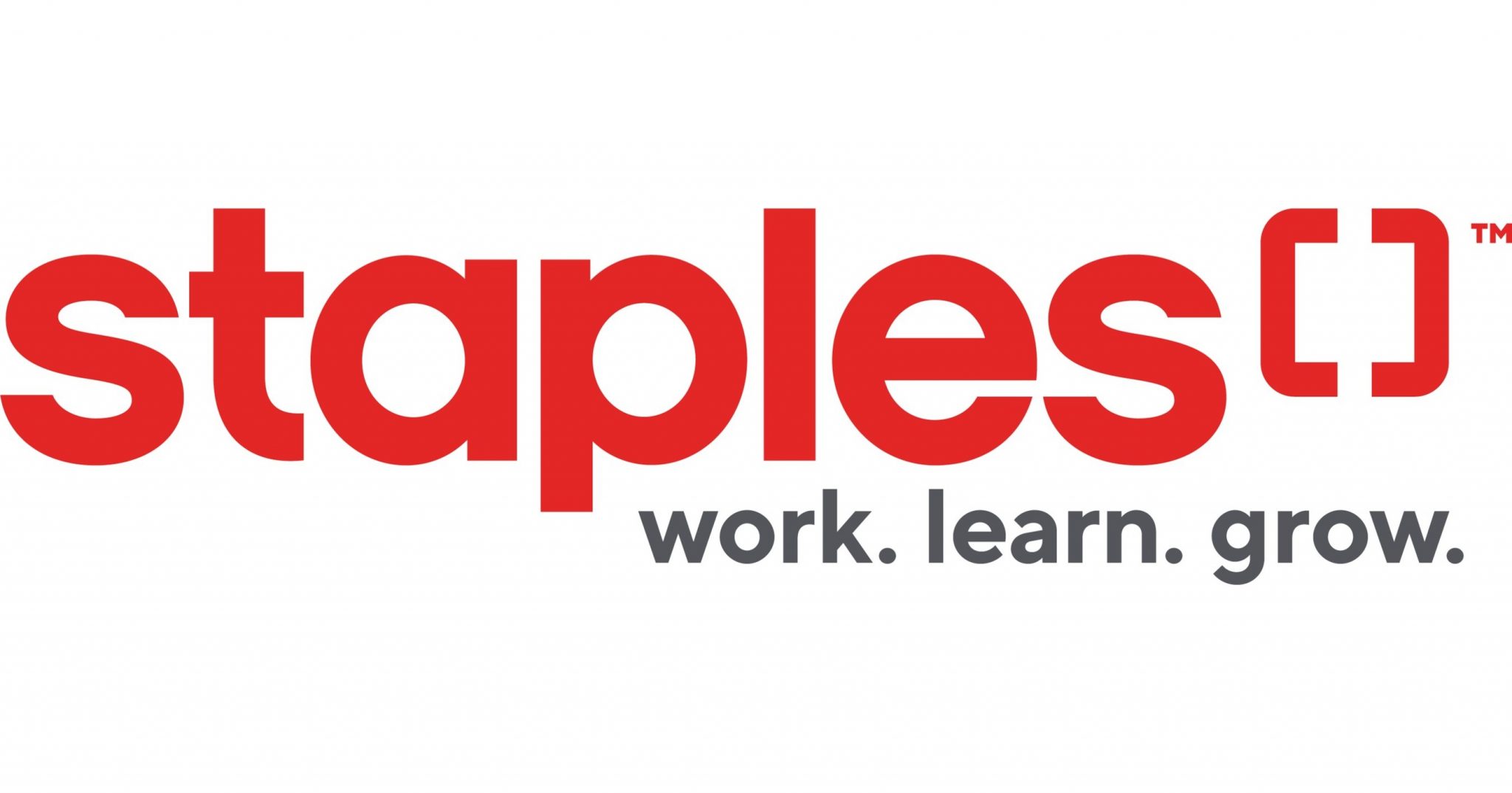